One of the winner films will be screened in Capalbio, Tuscany, for CapalbioMovie.

From data emerged from the first gender study in the world of audiovisuals in Europe, carried out in Italy by Mibact in collaboration with EWA, (network of European women) in the audiovisual sector, many numbers and truths have emerged. Those data were communicated first in Venice 2016 and then definitively in Berlin 2016.

Women are struggling: the percentage of female directors in the world is 7%, and in the history of the Oscars, only 4 women directors have been nominated for Best Direction. And in ITALY? The percentage is even lower, although we have the highest number of nominations for women directors. The first woman to be appointed to the Oscar was our Lina Wertmuller with 4 nominations in 1977. She finally received an Honorary Oscar in 2019. It emerges, however ,that the scarcity of women concerns not only the directors but also other "technical" roles as cinematographers etc... So,“Sorry, Ladies: Study on Women in Film and Television Confirms The Worst”. - as Indie Wires tells.

Hence, in the cinema's industry there is a lack of visibility of women and issues, as well as roles that are independent of aesthetic standards and standardized roles. There is a real difficulty for women to be accepted as they are, to be heard by producers and beyond. On the other hand, it is undoubted, due to the small quantity detected, the creative capacity and the determination of the women in question, the few. So much so, as we said before, among the nominations of directors at the Oscars, Italy beats all countries.

It is therefore extremily urgent to fill this gap with intensive communication programs, TO

RECOVER THAT GAP, THAT VOID AND REAL EQUAL OPPORTUNITIES. A Festival is a

small but very important starting and meeting point, for the diversification of film culture, the image of women, feminine empowerment, not only in the cinema, it's an encounter between  different cultures with the same matrix: the female point of view.

The objectives of the Festival:

1. Give more visibility to women and to the cinema of women.

2. Contributing to greater awareness of the working and expressive possibilities of the female gender through the various sectors of the film industry, also improving the quality of

knowledge and life, thus creating better social security for all, not just for a specific sector of society , or a genre.

3. Promote the role of women in various cinematographies, including international ones and in the multiple arts.

4. Promote freedom of expression and speech and equal opportunities.

5. Building an image's education of this 50% that is lacking in world cinema, for a better

distribution of knowledge and work for the future, with a focus on schools and children.

6. Create a meeting place and possibility of networking for women directors, especially

European, with the possibility of reaffirming a commun identity.

7. The growth of national GDP, as a result of the improvement of Equal Opportunities, as per

recent declarations by the Bank of Italy and Mario Draghi.

8. And last but not least break down Walls. Prejudices and False Stereotypes.

"Analyzing the data from a broader perspective, over the last ten years, the European Bank notes that" the increase in the workforce during the economic recovery has been driven by female participation ".

The Festival is organized by the non-profit Cultural Association: "La Tribù dell'Arte", in

partnership with KALABRONE FILM and with the collaboration of ANAC - Associazione

Nazionale Autori Cinematografici and other Associations.

ONLY FILMS DIRECTED BY WOMEN AND TRANSGENDER DIRECTORS ARE

FEATURE FILMS - Feature films that do not exceed 120 minutes, including the end credits and

that are not before the year 2017, may participate in the Competition.

DOCUMENTARIES - Documentaries with a minimum duration of 20 minutes, excluding the end credits and which are not before the year 2017, may participate in the Competition.

SHORT FILMS - The shorts can participate in the Competition with a maximum duration of 15 minutes including credits and that are not before the year 2017.

In special cases films from previous years may be considered as different lengths.

and can be done both online ON FILMFREEWAY or by email, after a bank transfer to the bank

The documents required for registration are:

Technical sheet of the work (Annex 1 to this announcement);

Curriculum of the author;

1 or 2 images of the work and / or scene photos in digital format .jpeg + 1 picture of the director;

Receipt or copy of the bank transfer made for participation in the competition.

In case of selection, the projection formats allowed are: file .mp4 or .mov

Each director can participate in all categories with one film per category. .

Additional material related to the registered work could be required and must be sent in case of selection to the final stage of the competition and for finalists.

All the materials provided will not be returned.

The deadline for the registration and the shipment of the works to the Competition is May 15th 2020.

The Organization reserves the right to extend this date. This will be announced on the web-site.

Rough cuts are accepted until May 5th.

The jury is made up of professionals in the sector and in related areas.

Ex-aequo prizes are possible. It is also possible to assign other prizes or special mentions by the Jury.

www.cinemadidea.com and on websites collaborating with the Festival.

The finalist works will be projected and transmitted during the 2020 edition of Cinema d'iDEA in Rome at the Tiberina Island at the CineLab of L'Isola del Cinema.

A winner Film will be also screened in Capalbio, Tuscany, during August 2020, in CapalbioMovie Exhibition.

The finalist works will be kept in our archive. The copies donated to the archive could be used, subject to agreements, for educational, study and research purposes, for information and for the dissemination of the knowledge of related issues, excluding any commercial use, unless it has been previously agreed otherwise.

GENERAL RULES FOR SELECTION, THE COMPETITION, THE PRIZES

The authors have the total responsibility for the material shot. The contents of the works presented in the competition must be in order regarding the fulfillment of Siae rights and with the current legislation on copyright. For the films selected in the competitive categories no rental costs and rights of any kind will be paid.

In case of minor participants, the application must be completed and signed by a parent or guardian, indicating the name and surname of the participant girl.

The choices made by the Organizing Committee, the Artistic Direction and the Festival Jury are unquestionable.

The participants will consent to the processing of their personal data for the Contest needs only, pursuant to Legislative Decree No. 196/2003. The participant authorizes the Cultural Association "La Tribù dell'Arte", organizer of the Cinema d'iDEA Film Festival, to publish the images, photographs and videos and / or videos recorded during the festival on its website, on catalogs, and / or on other means of communications deemed appropriate, and public and private disclosure events without anyway, however, compromising personal dignity and decorum.

Participation in the competition involves the acceptance and observance of all the rules of this competition announcement. The Court of Rome will have jurisdiction over any dispute/conflict.

For any further information or clarification, you can contact the following 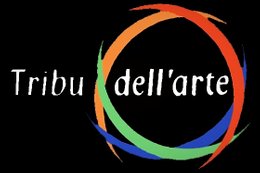